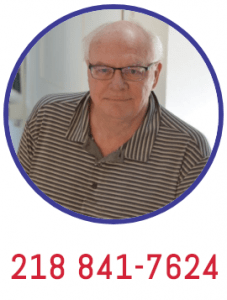 Jack has sold more Lakeshore, Investment/Commercial/Business properties than any other agent in the Upper-Midwest. Jack’s expertise has been noted for his ability to bring many strong buyers from beyond the region.

Growing up in tranquil suburban Pittsburgh,Pennsylvania Jack dreamed of seeing the world. He got that opportunity by way of the US Navy. In the late 50’s Jack was first based in Morocco with an air transport squadron, servicing the Mediterranean. He later played football for Quonset National Air Station and basketball for the USS Lake Champlain an aircraft carrier. While on the “champ”he picked up Commander Shephard ,the first man in space and also participated in the Cuban blockade.

Traveling through Detroit Lakes on the 4th of July in the early 60’s, Jack discovered the charm of life at the lake. He settled here with the goal of sharing the experience with others. Hence entering the Real Estate business in 1966.

Jack started his career with Calhoun Realty based out of Minneapolis. For 13 years Jack was selling businesses, commercial properties, resorts/motels and lake properties over a three state area. In 1979 Jack opened his own Real Estate Company, Jack Chivers Realty where he continued to prosper in all real estate areas. Jack sold the famed “Jack Chivers Realty” in 2013 and stayed on in sales for 5 years with a covenant to not compete.

In 2019 the covenant had expired and Jack was invited to join a group of top producers with great credentials to help lead them in developing a super RE/MAX franchise. #LiveTheDreamNOW

*Emails will be responded to within 24 hours. If you do not hear back please call the agent/office directly.